No, we don’t mean to scare you. Or put that crazy notion inside your head to keep kids away from going online. The cyber world is also a world of learning, connecting, and exploring. But you must be prepared for the worst! Like in the real world, in the cyber world there are the good guys and the bad guys. Your job is to fend off the bad and educate your child to fend for themselves at the same time. SaferNet, a Wi-Fi security software committed to a SaferNet for kids, is your partner in this endeavor. Together, we can become the “Guardians of the Web” for our children and help them make the best use of the online galaxy. 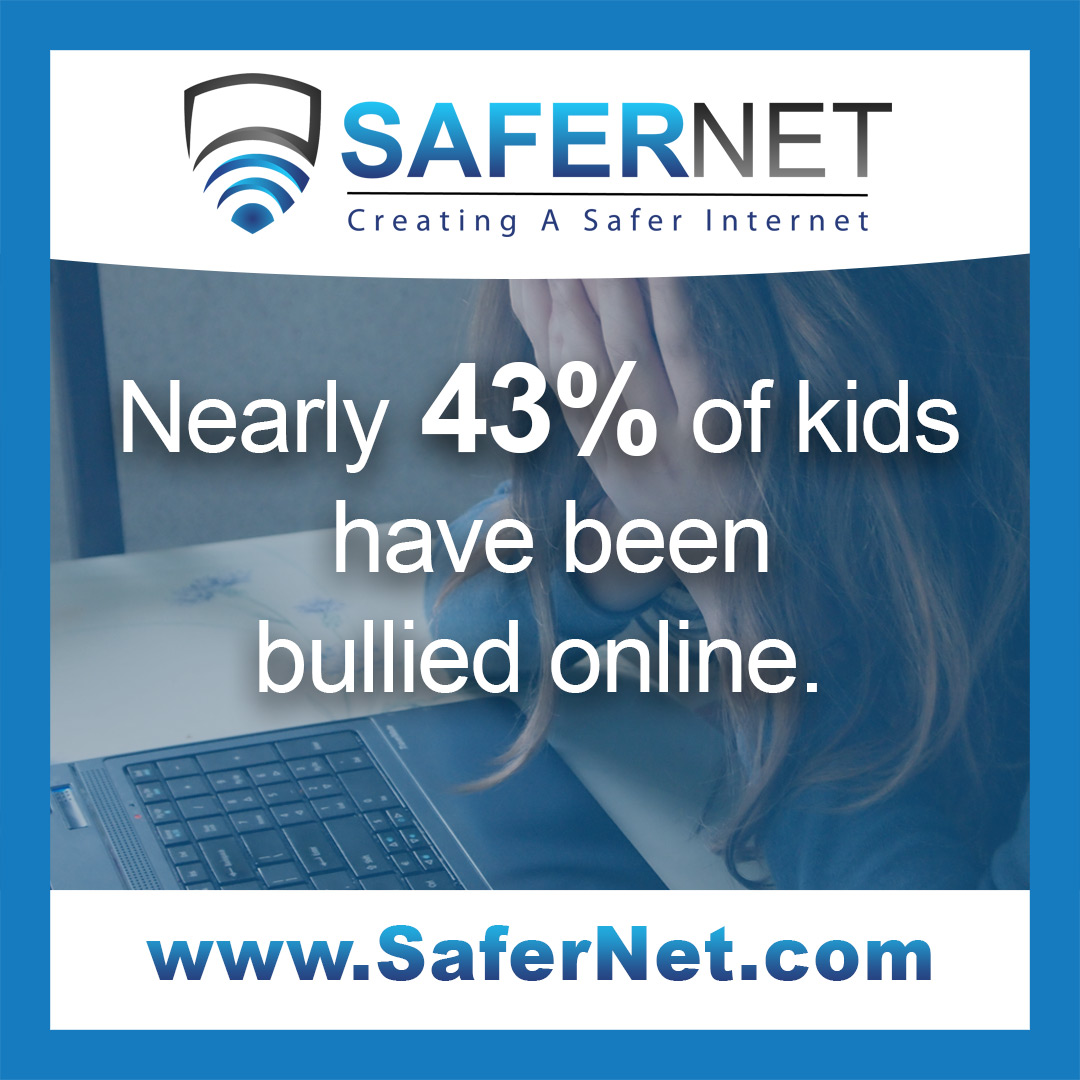 With audience amplified, cyberbullying becomes more dangerous than bullying in real world. On top of it, children are bottling up feelings and suffering alone.

Ryan Halligan was a sweet, gentle 13-year-old who enjoyed swimming, skateboarding, camping, and playing video games. He began to be bullied from 5th grade onwards which continued when he went to middle school. His concerned parents did their best to lift Ryan’s spirits but didn’t report the matter to school on Ryan’s repeated requests (a mistake on their part they realized too late).

Things got better for a while and Ryan was soon spending a lot of time with friends online on his AOL IM account. It was during a friendly chat that Ryan shared a personal, embarrassing incident with one of his friends. This friend circulated this information online and Ryan became once again a victim of bullying – this time on a larger scale. Unable to bear the taunts and the humiliation, Ryan committed suicide on October 7, 2003.

Could this have been prevented? Ryan’s parents had been a great moral support. They had put all relevant technological guidelines in place, in particular – No IMing/chatting with strangers, no sharing personal information and pictures with strangers and no secret passwords. How could have parents known that their child’s friends would drive him to take this extreme step! In hindsight, his father shares a piece of wisdom on a website dedicated to Ryan, that could possibly guide other parents: “I realized that technology was being utilized as weapons far more effective and reaching than the simple ones we had as kids. Passing handwritten notes or a “slam” book has since been replaced with online tools such as IM, websites, blogs, social media, anonymous posting applications, smart phones, etc. The list keeps growing with the invention of every new gadget and application.”

It is possible that Ryan might not have taken that unfortunate step if bullying had only been restricted to the real world. But this is wishful thinking. We can’t go back in time and make the online world disappear. But as parents, we can teach one thing to our children – good “Digital Citizenship”. 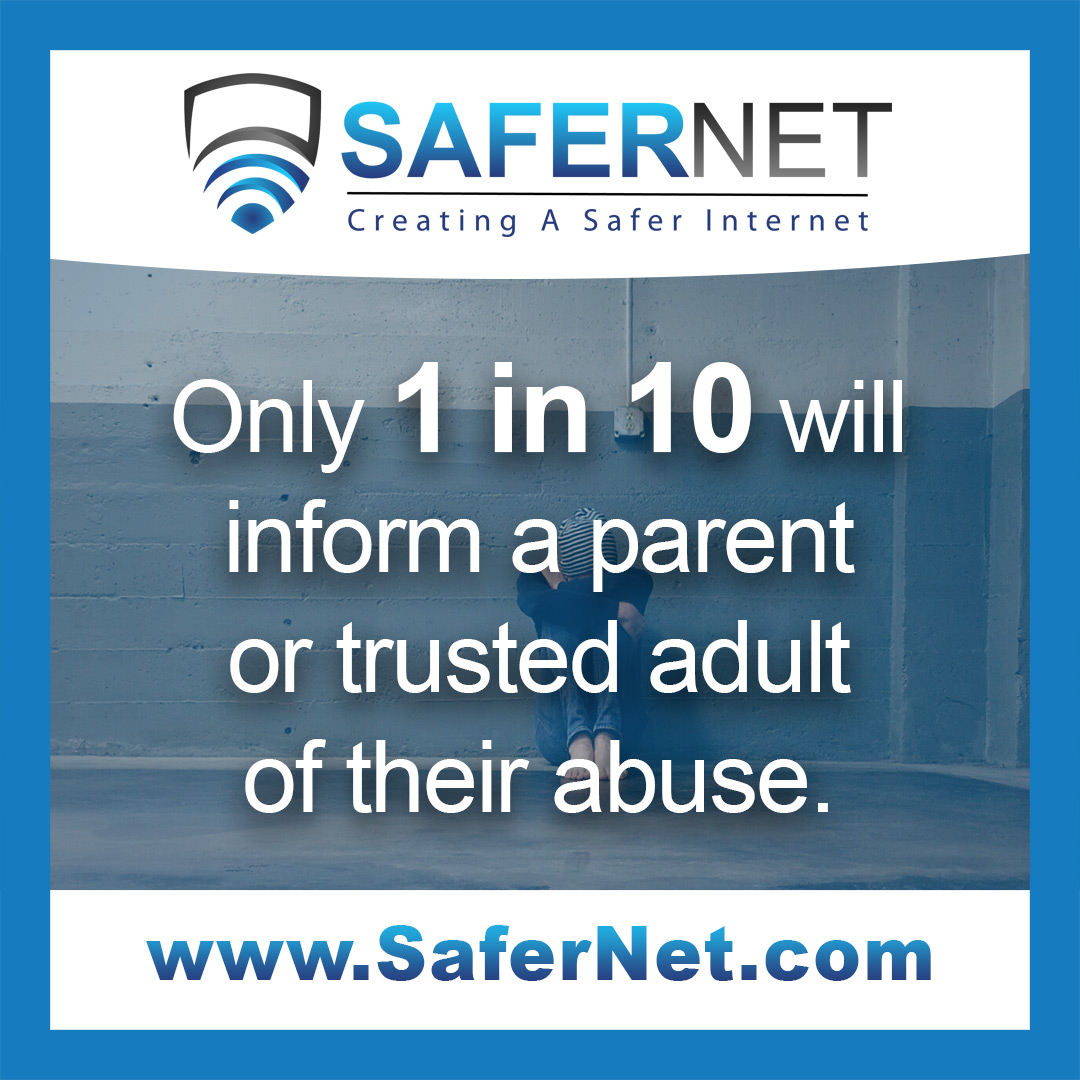 Prevention Through Education:
A child safe internet is all of our responsibility. As Ryan’s father aptly describes the solution to this difficult problem:
“For too long, we have let kids and adults bully others as a rite of passage into adulthood… Like so many parents of our generation, we thought this would just be a phase, a part of growing up. But accountability and responsibility should be shared by others too – bullies, bystanders and their parents along with school administration and staff. Prevention through education should have always been a part of the curriculum. And it should have started at pre-K.”

Sex Trafficking – Social Media is the New Recruiting Tool
A teenage girl was contacted by a “modeling agent” on MySpace.com in the fall of 2008. Promising he could make her a “star” he gave her a bus ticket from Florida to Las Vegas, Nevada. The girl was groomed and lured into the world of erotic services. The Los Angeles police found, through an investigation, the real age of the girl and caught her recruiter named Dwayne Lawson. In June 2010, Lawson was sentenced to 210 months in federal prison. Most child victims of sex trafficking are often runaways, troubled, and homeless youth. Nonetheless, teens desiring to pursue the world of modeling become easy targets of child predators.

Internet safety for children begins at home. Parents or guardians must explain to kids why talking to strangers or sharing personal information such as name, address, and phone number can be dangerous. Even harmless images can be doctored and used by bad elements to further their nefarious intentions. Since you can’t be sitting on their head all the time, talk to your kids in detail about these matters. “Don’t do this, don’t do that” approach might backfire. It is imperative that they understand “why” they are not supposed to do that and “what” can happen if they do. Schools are doing their bit in this regard; if you pitch in too, your words might carry more weight.

Keep Your Family Safe with SaferNet.